The Ayutthaya Kingdom existed in 1351 to 1767. During this time it was the trading capital of Asia boasting with palaces, ceremonies and huge floats of merchant boats from all over the world.  It was attacked by the Burmese army who burned the city to the ground and forced the inhabitants to abandon the city.  Today, situated only 80km north of the vibrant city of Bangkok, lies the ruins of a once flourishing city. No words are needed when moving between the fallen walls… 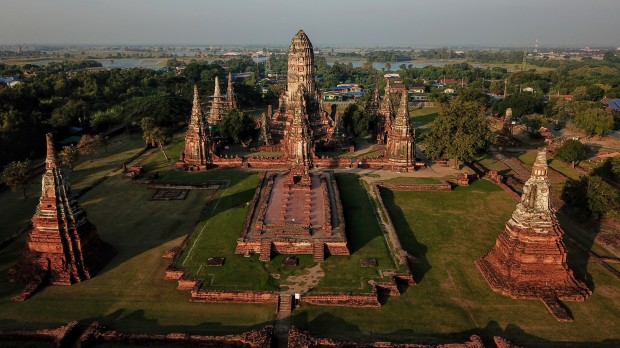 How To Get To Ayutthaya

Getting Around In Ayutthaya

Most of the historic temples and ruins are clustered together, still some of the sites are just too far apart to visit on foot.  These are your options:

These can be rented from most hotels.  On the sidewalks you will also find bicycles displayed for rental.  The traffic is quite daunting at some instances, so be prepared.  Some of the temples are located a small stretch away from the historic site, so you might need to put in a few kilometers.

As mentioned, the traffic can be quite intimidating at times.  If you are not a confident scooter rider familiar with Asian riding styles (they all have their own traffic rules and styles), this option is not for you.

These guys are all over town and are very eager to offer you the “best” deals ever.  Be sure to negotiate and bear in mind that entrance fees to the sites are not included. 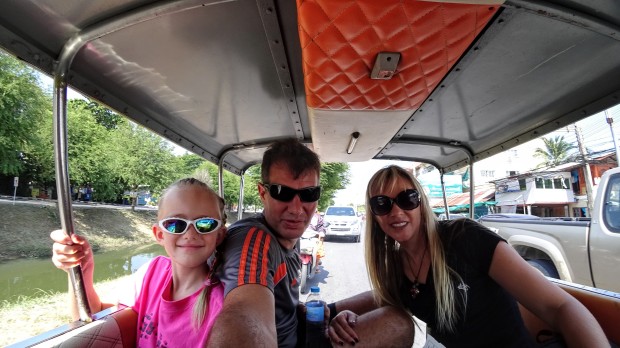 The Ayutthaya temples are situated at different sites over the town.  Some you can view for free, some has an entrance fee of 50 Baht.

We stayed within walking distance to the Ayutthaya Historical Park.  We can definitely recommend our budget hotel The Avail.  It was spacious and clean, friendly staff and surrounded by restaurants and a mini-market.

IS IT WORTH VISITING??

Absolutely. Ayutthaya is an ancient city with lots of historic stories waiting to be discovered.  It was such an overwhelming experience roaming between these ruins.  There is an indescribable silence which you will only understand once you have visited these sites yourselves.

We only had one day to visit Ayutthaya’s ruins which was more than enough for my kids.  Traveling solo or as a couple, allow yourself 3 days to visit all the sites Ayutthaya has to offer.

This article contains some affiliate links. If you make a purchase using one of our affiliate links we may receive a small commission, at absolutely no extra cost to you.

We are currently creating memories at